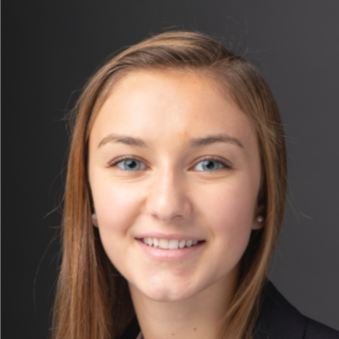 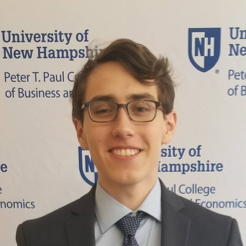 It all started in the year 1975. A year where the Vietnam War subsided, and the first summer blockbuster, Jaws, was released. More prominently, it was the year that the first personal home computer, the MITS Altair 880, launched the Digital Age. Out of the box, the MITS Altair 8800 had a very limited amount of functionality. It lacked a keyboard, monitor, and even a disk drive. However, this metal box adorned with antiquated switches and star trek-esque blinking lights was the precursor to a digital revolution responsible for fundamentally changing the way humans interact. When humanity's ancient ancestors invented writing, they jump-started the advancement of our collective knowledge. One person's discoveries and observations could now be recorded, allowing for others to build upon their initial thoughts. Writing became our collective long term memory, allowing knowledge to transcend its originator and be reused by other thinkers. This collective memory also became the basis for modern political structures. An ancient, despotic kingdom needed to record the tax information just as much as modern, capitalist democracy needs to record the votes of millions of constituents, or a fortune 500 company needs to keep track of which of its employees it has paid already. By creating a collective memory, the ever-expanding bureaucratic apparatuses that makeup society was given the informational tools to grow and improve. In 1440, Johannes Gutenberg invented the printing press, and the sheer amount of people that had access to this collective memory ballooned, exponentially increasing the pace of technological advancement. In the period between the inception of printed text and 1970, crop yields increased by 400% and Germ Theory was discovered. The simple cannons that Mehmed the Second used to destroy the walls of Constantinople were replaced by intercontinental ballistic missiles, which are so terribly powerful that no country has dared to use them. Despite these advancements, humans were still separated by the seemingly insurmountable barrier of space and time. One’s ability to read was limited by the scope of the local library catalog, if they had a local library at all. Most information traveled sluggishly, often relying on physical forms of transportation. Different types of information, such as video or audio distributed via radio or television, were only created by a select few in positions of monetary or governmental power. This all changed with the beginning of the digital age. White collared businessmen were riding shotgun as creative technological minds took the wheel. By linking the computer and the internet, these technical visionaries enabled instant communication and data sharing, giving anyone with a connected device almost instant access to the accumulated knowledge of an entire species, along with the ability to play flappy bird. This monumental shift in the daily lives of billions has raised many challenges. Just because we can consume a practically unlimited amount of information does not make that information high quality. The internet is a reflection of the totality of human nature, and harbored within its darkest recesses lie our most heinous dealings. Misinformation spreads quickly, and has the power to affect our most important institutions. Elections can be swung, companies can be defamed, and individuals ostracized by viral lies. However, the number of challenges presented by the digital revolution is rivaled by the opportunities it offers. The advances that will result from the democratization of information will hopefully counterbalance these difficulties. For the modern Human, the world continues to get smarter, faster and more connected using technology. It is quite astonishing, isn’t it? To have the world at your fingertips? Digital technology has streamlined communication and opened new business sectors online. Some of the most powerful and well-known companies today, Google or Amazon for instance, owe their success to technology. The digital age has created a 24/7 market for users and consumers to buy, sell, and learn in real time. Technology is not going away, in fact it is only advancing. The only remaining question is, what will be the most impactful technological advancement in 2019?

Colleges across the country provide hundreds of resources to their students. Take a look at some great ways to navigate this maze of opportunities!

Find out how Computer Science innovated and expanded in Higher Education over the past few decades!

Better Schedule: Better You. How to build your dream college schedule

College is a daunting endeavor that can be eased by planning effectively and setting yourself up for success!

We use cookies to give you the best possible experience on our website and using our services. Why?
Please contact us at support@youscheduler.com with any questions.
Got It!
© 2019 YouScheduler LLC